Submission to Jesus is core to the Christian faith. Interestingly, while Jesus is all powerful, he doesn’t demand you to submit to him. He understands you may not be ready to submit. Jesus will give you space, but it doesn’t mean he will abandon you either.

A long time ago in a country far, far away…

The summer before Kia and I married, we spent three weeks in Guatemala attending language school (Kia was a Spanish major). We would spend every weekday morning in class, each afternoon hanging out in the city of Antigua and the weekends on excursions around the country.

One of those weekend excursions included traveling to Lake Atitlan and several of the small villages surrounding it. According to legend, each of the twelve villages dotting the lake have a spiritual connection to one of the twelve disciples. One of these villages was Santiago Atitlan known for it’s mostly Mayan inhabitants and their indigenous weaving. The name Santiago means James, but legend has it that the spirit of the village is connected to Judas Iscariot – the disciple who betrayed Jesus.

Let me explain why.

Santiago Atitlan is also famous for housing Maximon, a Mayan god. This wooden idol carved and dressed to look like a modern day cowboy is visited by thousands and thousands of both pilgrims and tourists every year. In our 21st-century Western world, we typically dismiss the power of an idol carved from a block of wood. But make no mistake, wrapped within ancient wood statue are a spiritual strongholds.

The idol is hosted by a different family every year who are required to make him available to the pilgrims and tourists daily. There is no official pay for hosting Maximon, but there is a kickback in the form of offerings presented to Maximon. Each visitor is expected to give a small gift to pray to, photograph or simply see the idol. This gift comes in the form money, flowers or alcohol. You’ll find these gifts laid around the idol (and the bodyguards employed to protect it).

The hosts of Maximon aren’t paid, but a requirement of hosting is to use the offerings within their host year. The money is used to build a shelter to house Maximon and hire help to watch over him. The flowers are used to adorn the home. The alcohol is consumed by the hosts and their friends.

This is where the spiritual stronghold in the village of Santiago Atitlan rears it’s ugly head. It’s as if the host family must live in submission to Maximon. Since the alcohol must be consumed by the end of the year, many hosts end the year as alcoholics. What is hailed as a blessing at the beginning of the year, becomes a curse by the end of the year. Then one family passes the curse onto the next. And the cycle continues.

The village of Santiago Atitlan hates the curse this idol brings, but it is their curse.

Spiritual strongholds are real, and spiritual power isn’t limited to small villages in third world countries. Today, throughout the world, in our homes, businesses, schools, we battle powers we cannot see. It has been this way since the beginning of time.

Another Lake. Another Village.

Is was reminded of Santiago Atitlan when reading a story of Jesus in the book of Mark.

The story begins with Jesus crossing the Lake of Galilee to escape the crowds pressing him throughout the Jewish villages and countryside. It is this crossing when Jesus famously calms the wind and the waves for both himself and those following him. Waiting on the eastern side of the lake were 10 Hellenistic villages – the Decapolis, which were inhabited by people of Jewish descent who followed Roman custom. It was a form of syncretism – mixing Jewish tradition with Roman worship practice (just as the people of Santiago Atitlan mix their Mayan customs with Catholic tradition).

The village Jesus landed near had a spiritual stronghold overshadowing their community, just like the village of Santiago Atitlan. It wasn’t an idol, but a man. This man was being controlled by demonic strongholds. When possessed by these demons, the man terrorized their village. The people responded by chaining him over and again only to see him supernaturally break the binds. So he was relegated to a life in and among the tombs outside the village.

The village hated this demoniac, but he was their demoniac.

Mark 5 describes what happens next. Jesus steps out of the boat, and the man runs, falls and submits at the feet of Jesus. No introduction was needed. The man knew. Jesus had the power to free him from the unseen power controlling him. Jesus commanded the demons inhabiting the man to leave, and cursing Jesus, they leapt from the man into a herd of a couple thousand pigs who threw themselves over a cliff.

Do the math. The man was filled with hundreds, if not thousands of demons. They controlled his life. Just like Jesus has power to control the winds and waves, Jesus also has power over unseen powers who, at times, control us.

Jesus has the power to command the spiritual powers attacking your heart, mind, life to flee. It begins with submission to Jesus. The man knew who Jesus was, so he ran and fell at the feet of Jesus. He submitted to Jesus.

But I’m not ready to submit!

But not everyone is ready to submit to Jesus. And Jesus is okay with that.

The village heard about the arrival of Jesus, and the freedom the man experienced. They went out to meet Jesus, and they saw the man fully clothed and in his right mind. However they weren’t ready for Jesus.

Jesus respected their request. And without further discussion, Jesus proceeded to leave.

Submission: Not ready. Not abandoned.

Submission to Jesus is best for you. Jesus has the power to set you free. But if you’re not ready that’s okay – no reason needed. If Jesus was comfortable with leaving that village, then he’s comfortable with giving you space too. But, let me warn you, it doesn’t mean you’ll stop hearing about Jesus and his power.

In one final twist to this story, the man asks to go with Jesus. It’s the kind of request you’d expect Jesus to respond to favorably. The man is in his right mind, and he’s fully submitted to Jesus, yet Jesus tells him to stay. He tells the man to go home, and tell his friends and family of what God had done for him. Jesus left the village, but his story stayed with them; the evidence of Jesus’ authority over the spirit world remained.

You may not be ready for Jesus, and he’ll respect your wish. Jesus will leave you alone, but he will not abandon you. The evidence of his power will remain around you. It is the goodness of God chasing you.

One Response to “Submission: I’m Not Ready for Jesus.” 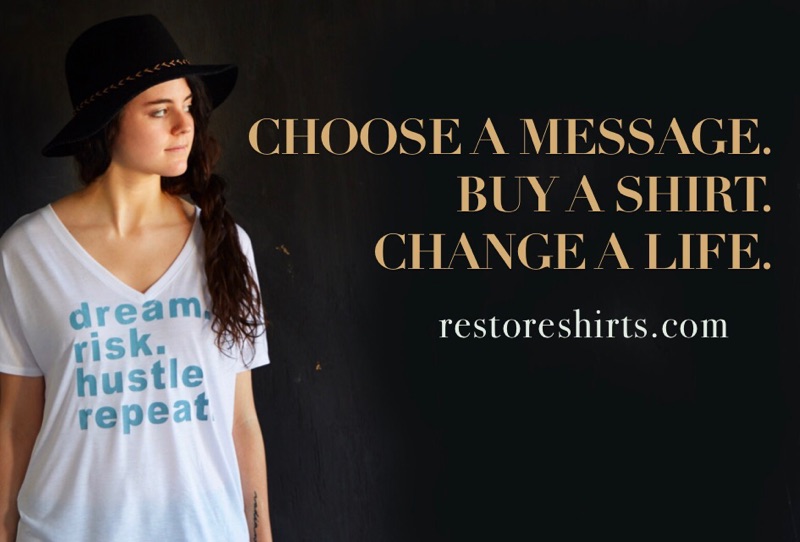 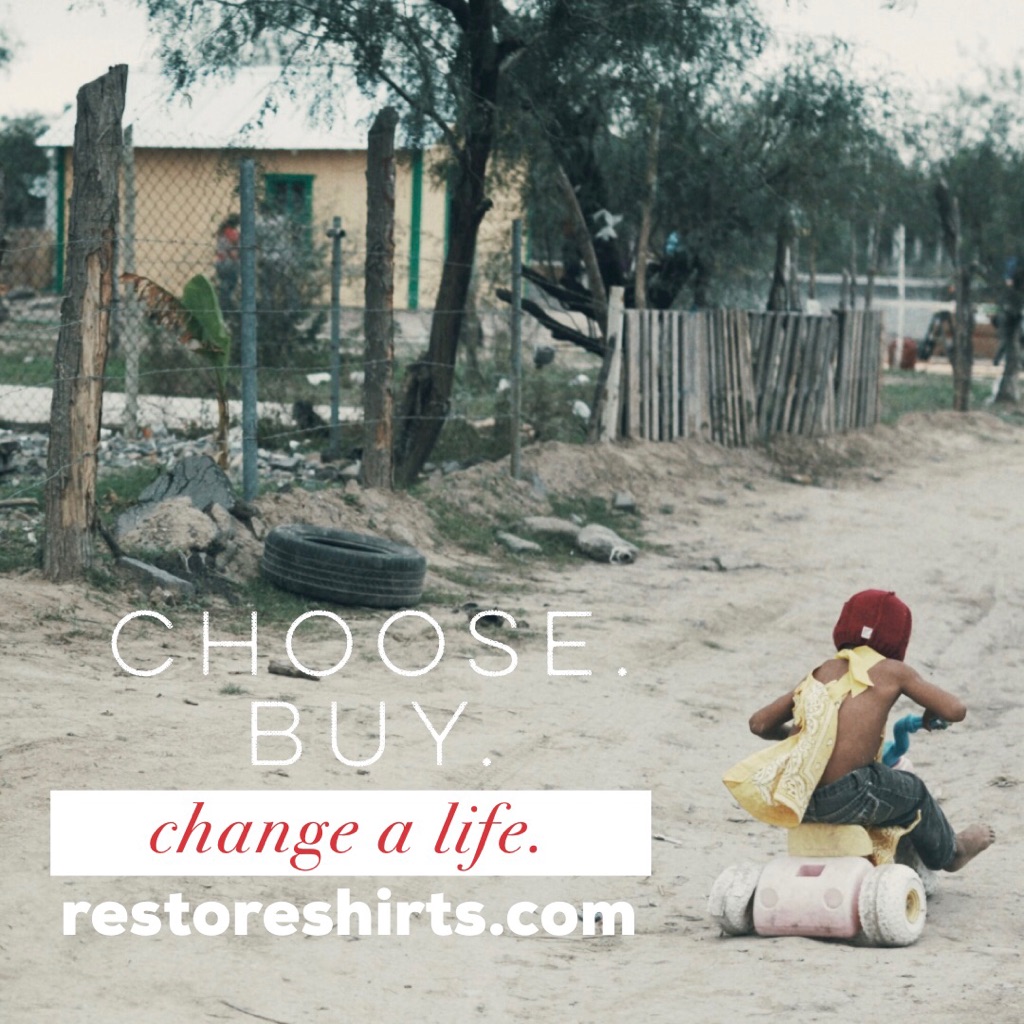